Often all a creditor wishes for is to get a judgment against a debtor. But be careful what you wish for – that judgment may be worth nothing more than the paper it is on. Often the real work does not begin until after you get your judgment, when the hunt for assets begins.

Hopefully, before your attorney has even filed suit you have discussed the possibility that the debtor is “judgment proof,” meaning the debtor has no money. Once the judgment is obtained, there are ways to locate and go after such judgments. Often a creditor will have information about where a creditor banks or works. This is what collection attorneys consider low-hanging fruit, because it is not difficult to garnish either wages or a bank account. Hopefully, the creditor saved information about the bank account or place of employment of the defendant. In Oregon, an attorney can sign a garnishment and have it served. A bank account garnishment hits whatever is in the account at the time of service. By statute, the bank can withhold funds that are exempt, such as social security or worker’s compensation proceeds. Otherwise, the funds are forwarded to the issuing attorney. A bank account garnishment only covers the amount which is in the account at the moment the garnishment is received. It will not include future moneys that are deposited into the account. A new garnishment must be served. If the creditor does not know of the location of a bank account, it is possible to do a “shotgun” garnishment at a cost of $20 per bank. This can include the six or seven largest banks in the state where most Oregonians have deposits. A wage garnishment sent to a debtor’s employer is good for all wages paid out for a 90 day period, and can be renewed thereafter. Creditors are entitled to 25% of a debtor’s wages. However, the wage garnishment only seizes 25% of the net amount over minimum wage.

To the extent a creditor has no employment or bank information, ORS 18.265-.268 allows for debtor exams. The problem is that the Oregon Courts are strained, and debtor exams are at the bottom of the priority list. Each county handles them differently. For example, Washington County simply requires the defendant to appear at the clerk’s counter to be sworn. Clackamas County actually has a judge who calls the case. Another county has refused to set up debtor exams because of no court or clerk availability. Typically only about 20% of the debtors actually show up at an exam.

Beyond wage and bank garnishments, there are creative ways for a creditor to execute on a judgment. You can garnish more than just a bank account or wages. This includes garnishing a family trust that makes periodic payments to a debtor; a debtor’s prison account; a debtor’s attorney if there are retainer funds in trust that the attorney has not yet earned; case settlement proceeds; or even commissions. For example, a real estate agent or insurance broker who works on commissions cannot claim a 75% wage exemption because commissions are not considered wages. Therefore, a creditor is generally allowed to garnish 100% of a debtor’s commissions.

Execution against personal property is easy – so long as such property can be located and has value. My firm has seized everything, including cars, semi-automatic guns, bikes, and rare coins. Social media can be a great tool for finding these types of assets as well. In the example of the guns, the debtor gun manufacturer advertised to its customers that it was holding a grand opening for its new location and warehouse. My firm took them up on their invitation and sent the county sheriff to seize debtor’s entire gun inventory.

There are also tools for judgment enforcement that are specific to the type of debt. For example, in Oregon where a debt arises from an auto accident with an uninsured driver, creditor can move the court to suspend the defendant’s driver’s license. The suspension requires a specific motion, affidavit, and order to the court which can be filed 60 days after the judgment is taken. Such a license suspension often forces debtor to pay.

In the end, there are various options available to a creditor with judgment in hand. Sometimes the hunt for assets can be the fun part of recovery if there is some sort of pot of gold at the end of the rainbow. Regardless, creditors should have a conversation with his or her attorney both before filing suit and after to determine not only the viability of the case, but best strategies for executing on a judgment. 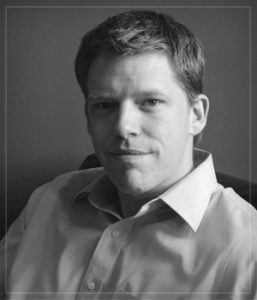 Paul graduated with a B.A. from the University of California, Berkeley in 1996 and earned his J.D. from New York University School of Law in 2000. Paul worked several years  as a commercial litigator at Perkins Coie LLP, a large multi-national law firm before joining the Multnomah County District Attorney’s Office as a Deputy District Attorney. Paul joined Davis & Galm Law Firm in 2008. The firm’s practice is focused on consumer and commercial debt collection in all of Oregon, including creditor’s rights, FDCPA issues and creative solutions for tracking down and attaching debtors’ assets.

2 Responses to “Congratulations On Your Oregon Judgment! Now What?”